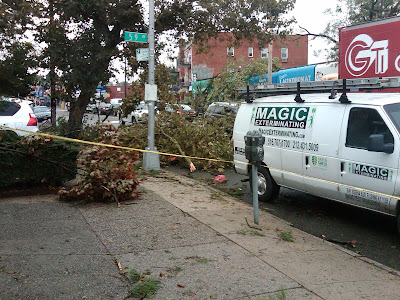 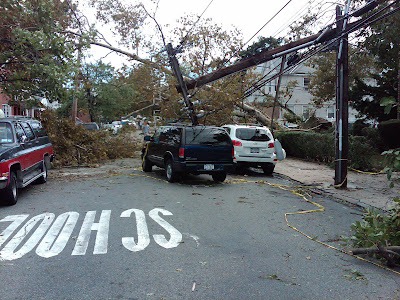 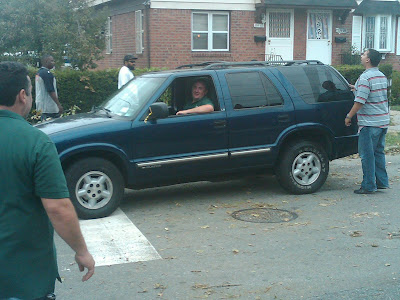 On a lighter note I would like to thank Mother Nature for the beautiful new window by my desk.
Posted by Unknown at 1:17 PM 2 comments: 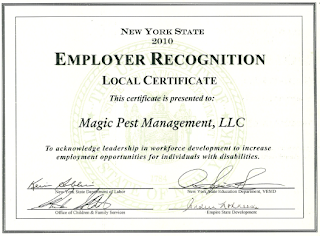 As Marketing Director for Magic I am out at seminars and events promoting my company and seeking out strategic alliances that would move forward our business. The last two years we have had to tighten our buckle while maintaining a high level of service to our customers and employees. We were out sourcing our cleaning services, their performance was poor and cost high.

I ran into Iris Allen of VESID at an event and the idea struck me that we could do the right thing by hiring a disabled person, maintain the office work space at a higher standard 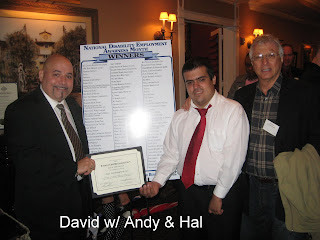 and have the opportunity to grow as individuals… in sourcing... what a concept.
I ran the idea by our Facilities Manager Jimmy Tallman who got on the band wagon and then we presented the idea to ownership. The idea got their attention and within a few months Evie Torres our Office Manager started interviewing candidates for the position.
Evie’s told me about her experience, Working with VESID has 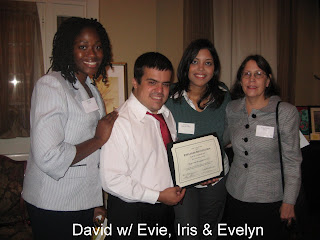 been such a rewarding experience. When we agreed to work with the program I was not sure what to expect. The interview process was interesting and I could not believe some of the responses from the members of VESID interviewing for the position. When I asked several of the interviewees why they had arrived thirty to forty minutes prior to their scheduled interview, the general response was that they did not want to arrive late by missing the bus or getting lost on the way here. I knew then that the candidates interviewing meant business.

After a few interviews I met with David, I asked him about his previous work experience and his reasons for leaving. One of the things he expressed was that sometimes he’d be close to a job site and they would call him to let him know there was no more work for him and that he should go home. I felt terrible that anyone would take advantage of an employee and their time by not giving them sufficient notice. David interviewed really well, he has performed well on every task given to him and continues to learn the industry. At this time my only hope is that in the future we can hire someone else through VESID since our experience with David has been such a positive one. 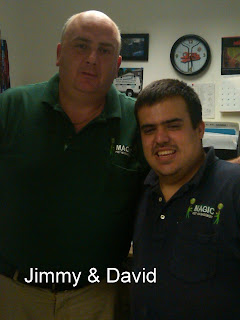 The experience I believe is all about David. He is intelligent, highly motivated, a fast learner and takes constructive criticism well. He mastered his job duties so well that I sought to expand his duties states Jimmy the Facilities Manager. In addition to his maintenance duties I put David in charge of the paper room (office storage) and our chemical storage facility. He maintains the stock and process chemical requests from our thirty technicians. I was able to rewarded David with a raise and expand his hours. I wish I could clone David, we really hit one out of the park by hiring him says a smiling Jimmy.
Posted by Unknown at 10:45 AM No comments: