Spring is here and so are those Pesky Pests. 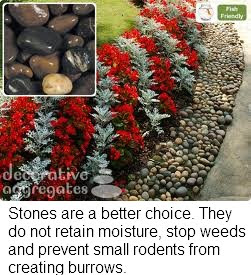 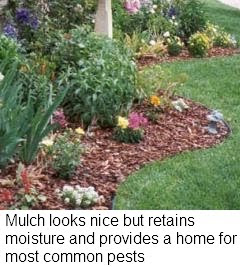 Magic Exterminating's three (3) Entomologists have designed a viarity of services to help keep pests under control. 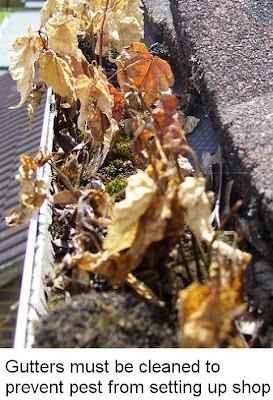 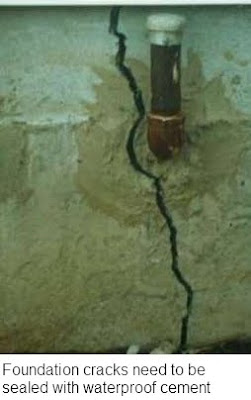 Our Annual Service Agreements include Emergency Service so you are always protected against the most common pests. Including: all types of Ants & Bees, Roaches, Crickets, and Mice & Rats to name a few.
We also perform inspections to help determine the cause of infestations (see images).
Magic is also there for year round pests like Bed Bugs offering low cost Bed Bug Monitoring, Dog Inspections, Heat Chamber Remediation, Educational Services and Treatments.
Remember to look for our upcoming TV series Rat Busters NYC on Animal Planet.

“Animal Planet tells bold stories at the electrifying intersection of humans and animals,” says Marjorie Kaplan, president and general manager of Animal Planet. “Whether through mysterious trips out into the wild, laugh-out-loud adventures with big characters, or moving and deeply affecting dramas, animals are a terrific accelerant to the wide range of raw, real, big entertainment audiences can expect from us.”

A new show, "Rat Busters," starring Jimmy Tallman and Michael Morales of Magic Exterminating, is one of several new series that network officials announced today before potential advertisers in Manhattan. "These are two New York guys, with big New York accents, and they're Brooklyn natives who go out and go after the rats in New York City, and bedbugs and pests," says Kaplan. "They really are strong, outrageous characters. You laugh and at the same time are stunned. Rats are pretty stunning TV."

"We're trying to elbow our way out of the old Animal Planet niche," Kaplan says. "This is a channel that for over 10 years meant animal content for animal lovers." That wasn't the wrong strategy, she says, but it created a narrow market. Now the focus is on finding "ideas that are raw and real." Animals are still a big part of the network, but now the critters are an "accelerant" to the stories.

The Planet’s new season has lots of larger than life characters. Highlights of Animal Planet’s programs include the new series:

RAT BUSTERS NYC (working title) New York City is made up of more than 300 square miles and is populated by more than eight million people and so many rats it's impossible to count them. In RAT BUSTERS NYC, New York’s toughest exterminators Jimmy Tallman and Michael Morales of Magic Pest Control scour the corners of the city, responding to calls involving unwanted pests and unearthing the most traumatic cases of rat infestations in the Big Apple. Each hour-long episode follows Brooklyn-born fellas Jimmy and Michael as they comb through the boroughs and get down and dirty fighting the city’s most notorious pests including rats, roaches, mice, bedbugs and other creepy crawlies. From the roughest streets of the Bronx to even the wealthiest parts of Manhattan, viewers witness Jimmy and Michael up close and personal with vermin and unwanted rodents. But it isn’t all work for these New York natives – the series also showcases Jimmy and Michael's lives away from the rat race.

"There's a lot of range under the [Animal Planet] brand. We need our audience to understand what that range is. We still have beautiful nature documentaries, and we still have 'Dogs' and 'Pets 101,'" Kaplan says. "Animal Planet is the whole frickin' Earth," she says. "There is no animal planet separate from the human planet. We don't live side-by-side with them, we share this planet."

Animal Planet finished 2010 with the highest audience delivery in its history and with its average median age down again to 44 years. With all original content, the Planet’s 2011-12 programming slate builds on the success of the network’s Surprisingly Human brand direction with new character-driven series as well as a lineup that explores the transformative power of animals to heal, discovers a new face of conservation, travels uncharted waters into legend, and continues the network’s dominance in the pet and natural history genres.

Animal Planet Media (APM), a multi-media business unit of Discovery Communications, is the world's only entertainment brand that immerses viewers in the full range of life in the animal kingdom with rich, deep content via multiple platforms and offers animal lovers and pet owners access to a centralized online, television and mobile community for immersive, engaging, high-quality entertainment, information and enrichment. APM consists of the Animal Planet television network, available in more than 97 million homes in the US; online assets www.animalplanet.com, the ultimate online destination for all things animal; the 24/7 broadband channel, Animal Planet Beyond; Petfinder.com, the #1 pet-related Web property globally that facilitates pet adoption; and other media platforms including a robust Video-on-Demand (VOD) service; mobile content; and merchandising extensions. 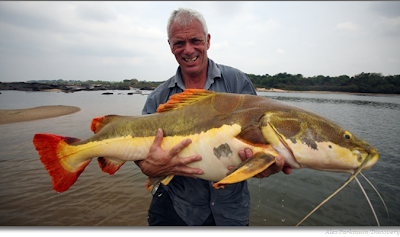 NEW YORK – Animal Planet announced 14 new series and specials as well as 12 returning series for the network’s most robust original slate yet.

Returning series for the 2011-12 season include Pit Bulls & Parolees, Whale Wars, River Monsters, the network’s top-rated series, and the controversial Confessions: Animal Hoarding. REVIEW: Animal Planet's Killer Outbreaks. The network had its best audience delivery ever in 2010. And new series will continue to mine Animal Planet’s “Surprisingly Human” tagline, rolled out last year, by introducing viewers to the people behind the animals. Ned Bruha: Skunk Whisperer is about Tulsa, Oklahoma wildlife control expert Bruha, whom the network describes as “a cross between Ace Ventura and Crocodile Dundee.” Rat Busters NYC centers on Jimmy Tallman and Michael Morales, Service Managers* of Magic Exterminating. Swamp City chronicles the work of Miami-Dade Fire Rescue’s Venom One unit, who are trained to deal with Florida’s dangerous wildlife (Africanized bees, Tegu lizards and dozens of species of snakes) while also administering life-saving anti-venoms. My Extreme Animal Phobia follows psychologist Dr. Robin Zaso as she helps patients overcome fear of animals. And Sweet Avenger centers on vegan bakery owner and animal lover Danielle Konya, who is converting carnivores one egg- and butter-less cupcake at a time.

“There are a lot of people who talk about changing things,” says Konya. “But there are few people who actually do.”

The series will focus on Konya’s Bethlehem, Pennsylvania-based bakery, Vegan Treats, which she runs with the help of her mom (who she says is “not been 100 percent vegan — yet”) and her best friend.

“This is a woman who is not going to take no for an answer,” says Animal Planet president Marjorie Kaplan, adding that in their first meeting, Konya told her one of the people she most admires is Paul Watson, the founder of Sea Shepherd Conservation Society, the anti-whaling organization featured in Whale Wars.

Animal Planet migrates toward shows about people dealing with animals, like new 'Rat Busters'
BY Richard Huff - Daily News TV Editor
Thursday, April 14th 2011, 4:00 AM
Two outspoken city exterminators are part of a continuing makeover at Animal Planet.
The cable network is moving away from just animals to being more about people dealing with animals.
A new show, "Rat Busters," starring Jimmy Tallman and Michael Morales of Magic Exterminating, a New York based company, is one of several new series that network officials will announce today before potential advertisers in Manhattan.
"These are two New York guys, with big New York accents, and they're Brooklyn natives who go out and go after the rats in New York City, and bedbugs and pests," says Animal Planet president Marjorie Kaplan.
"They really are strong, outrageous characters. You laugh and at the same time are stunned. Rats are pretty stunning TV."
... Kaplan says. "Animal Planet is the whole frickin' Earth," she says. "There is no animal planet separate from the human planet. We don't live side-by-side with them, we share this planet."
Read the full Article here
Posted by Unknown at 9:29 AM 1 comment:

Magic has been on the cutting edge of the green movement from it's inception. Magic's conventional services use Integrated Pest Management in an effort to reduce the use of pest control products by relying on eliminating harborage areas and food sources.

Magic also was one of the first pest control companies to seek Green Certification of our services. We went outside our industry to The IPM Institute of America and obtained the education and credentials to perform Green Shield Certified Services.

Magic also led the way with the deployment of the Sentricon Termite Elimination System. Sentricon is the only proven product the eradicates termite colonies. Additional, Sentricon won the Presidential Green Chemistry Award Challenge and is registered with the EPA as a reduced risk pest control product. This distinction was based on its low impact on human health, low toxicity to non target organisms (birds, fish and plants) and low potential for groundwater contamination when compared with other commercially available termite treatments.
For more information on Earth Day events in New York City visit their website at http://www.blogger.com/www.earthdayny.org 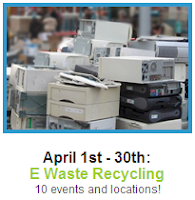 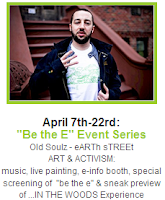 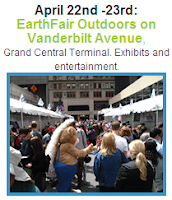 Join board members, shareholders and property managers and meet building service companies, attend educational seminares and get your questions answered.

Magic Pest Management is a family owned business founded in 1960.

Magic handles all phases of