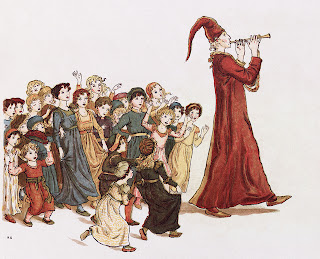 Rat Catcher's Day is celebrated on June 26 in German or 22 July in the USA, it commemorating the myth of the Pied Piper of Hamelin. Brothers Grimm cite 26 June 1284 as the date the Pied Piper led the children out of the town, while the poem by Robert Browning gives it as 22 July 1376 hence the confusion over the date. It is a holiday remembering rat-catchers, similar to Secretary's Day.
The fairtale states that the residents of the Hamelin hired a strangely dressed man to rid their village of rats by playing his pipe. But when he finished the task, the townsfolk refused to pay. The Pied Piper returned while they were in church and disappeared with their children.
﻿﻿﻿﻿﻿﻿﻿ 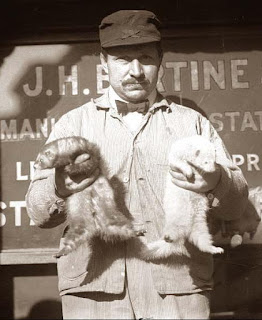 ﻿﻿﻿﻿﻿﻿﻿﻿﻿﻿The Ferret Meister - Ferrets were probably introduced into this country in the eighteen century via ships that carried them as ratters. In addition, some colonists brought them over as hunting companions.
By the early 1900′s ferrets were being imported by the tens of thousands to be used as “vermin” exterminators. They were used to destroy rabbits, raccoons, gophers, rats and mice. Prey animals will usually flee in the presence of the “scent of a ferret” and so a few  ferrets were needed to protect barns, warehouses and granaries.
The USDA promoted the use of ferrets for rodent control. If your farm was infested you could call the ferretmeister to come and release ferrets on your property. The ferrets went on a search and destroy mission and then humans and dogs, usually terriers, placed around the area would kill the vermin as they tried to escape. Some establishments simply maintained their own colony of ferrets for this purpose. 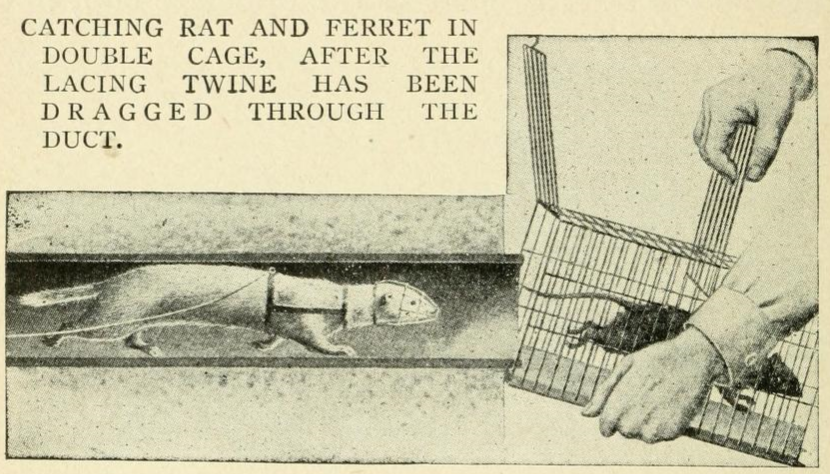 When chemical rodenticides became available there was no further need for the “ferret patrol” and this practice died out.

Fantastic and useful we blog thanks for publishing this.it's useful and informative.keep up the great.